I am conflicted. Yes. Surprising as it may seem, it does happen with a frequency slightly higher than, say, Haley’s Comet’s lap around The Blue Marble. What is it that so exercises me, you might wonder? Freedom…Oh no, a political essay think you, given that everyone’s harping on freedom today. But this is not freedom from today’s litany of social and political ills, but rather the freedom that, in the US anyway, can be had in sailing. This line of thought was prompted by a question on a SailNet forum:

Just bought a 1979 Bayliner Buccaneer 18. Intend to teach myself to sail and have a little fun with my wife. Any advice or suggestions?

What it doesn’t say is that the guy has already been out sailing…Well, he’s been on a boat that was on the water and had sails up. And no, I’m not making fun of the guy. I applaud him.

I have remarked elsewhere that sailing is one of the most ‘free’ activities one can engage in, and this bloke proves it. He and his wife buy a little boat, he backs it down a ramp and then goes through a laundry list of mishaps that even he equates to a Benny Hill skit and at the end of the day he and his wife (she must be, like mine, fantastic) are walking up the ramp laughing and planning the next caper.

Just think about the implications. Yeah, I know there is an entire list of things this couple could/should do, life jackets, safe boating courses, etc. You all know them. But this guy and his wife were on a boat with sails on the water having fun, so where’s the conflict?

I too know the potential hazards of such behavior. When I first read this, I was appalled. Darwin Award material, I thought. Sure we can do all this safety stuff, but ultimately we are responsible for what happens to us. Safety gear is for when we get that wrong. Nowhere else in the world can one so easily get a boat and go sailing, just like that. Not in the UK, France, Australia, or any of the “great” sailing nations can one do this, as far as I know from occasional reading of their rules for such activities. As I understand it, in France for instance, your boat is restricted as to where it can go based on regulations promulgated in Brussels and if you are 30 miles offshore instead of 20, the wrath of Caesar descends on you. This concept of self-reliance and self-accountability is at the core of sailing, I think. After contemplating this fellow’s question and the to and fro on the forum, I totally changed my view of his adventure. “Good on ya, mate,” I say.

Later, I received an email update from Rich Wilson. Rich is a unique guy in a number of ways. He’s in his mid-60s, he won the Bermuda Race 35 years ago, he has logged a zillion miles doing offshore record setting and breaking, he’s built a fantastic program integrating sailing and education, “Sites Alive,” and he’s completed one Vendée Globe – around the world, in a 60-foot high-test boat, non-stop, alone…and he’s preparing for another one. Oh, did I mention he has to deal with asthma?

The Vendée Globe was invented about 25 years ago as a step up from the BOC Challenge, a solo ‘round the world stage race with stops in several countries. Rich is therefore getting ready to go sailing. Our SailNet forum guy was going sailing, too. OK, one guy is bouncing off sandbars in the harbor and one guy’s doing a 100-day lap of the planet. Yes they are both sailing but there is a difference, apart from the obvious.

The Vendée Globe is the grandchild of the Observer Singlehanded Trans Atlantic Race, first held in 1960 with a course from Plymouth, UK to New York, and then to Newport ever since. It began as a bunch of guys “racing each other” solo, across the Atlantic with rules similar to those for the Sydney 18-footers: viz. they are 18 feet long and the start is at 2PM. The first O.S.T.A.R. came about as a way for seamen to do something that by and large had not been done, at least by many. Self-reliance was very much a key ingredient. This is not surprising, given the idea was hatched by Colonel “Blondie” Hasler, the founder of the British Small Boat Commandos who, with some other chaps, paddled rubber kayaks some 60 miles up the Gironde River to Bordeaux, planted Limpet mines on German shipping, then beat feet.

So back to sailing, freedom from rules and the Vendée Globe. Rich said he had passed the medical part of the Vendée preparations. “The what?” I wondered. Then I remembered that in 1995 when, as an entrant in the Mini Transat, a solo transatlantic race in 21-foot boats, with rules again similar to the 18s, I needed not a full medical as did Rich; merely a physician signing off on my health.

The Vendée has become vast (the Notice of Race runs to 34 pages), and it’s now a marketing campaign for the sponsors conducted in sailing boats. Serious bodily damage or even dying at sea gets lots of press but really is not a good way to promote one’s soap, or in one case, Macif, the French version of Lockheed-Martin. Hence all manner of rules just to get to the starting line. Rules and regulations are coming down on us from “The Top” on a seemingly regular basis. I fear that such legislated safety is diluting the human capacity for figuring stuff out ourselves, and if we goof, being ready to accept the consequences. What is the phrase “…life, liberty and the pursuit of happiness…?” I reckon the guy asking for advice has nailed that phrase. Good on yer, mate. 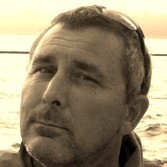 Australian born, Joe ‘Coop’ Cooper stayed in the US after the 1980 America’s Cup where he was the boat captain and sailed as Grinder/Sewer-man on Australia. His whole career has focused on sailing, especially the short-handed aspects of it. He lives in Middletown, RI where he coaches, consults and writes on his blog, joecoopersailing.com, when not paying attention to his wife, teenage son, dog, two cats and several, mainly small, boats. 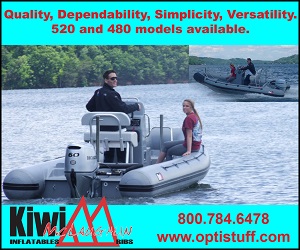 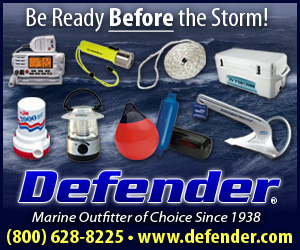 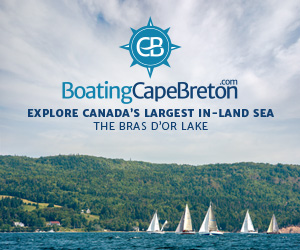 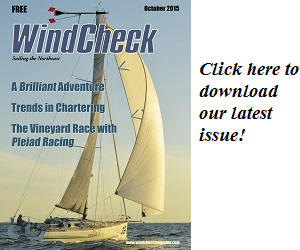